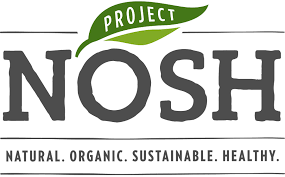 Backstage Organics Founder Scott Manning considers himself the DJ of natural food — and “just like any good DJ, [he] doesn’t take requests.” Instead, he curates his own buffet of organic food and beverage brands at over 100 concerts and festivals a year for more than 40 bands looking to keep their energy high before and after their performances.
​
For the musicians, working with the San Francisco-based company is an opportunity to eat healthy on the road. For the food brands, it’s a way to market themselves and get endorsements from groups with a similar mission and larger audience reach. But for Manning, it’s more personal: He thinks Backstage Organics is the industry’s chance to utilize social media to build a lifestyle-based grassroots collective that promotes both the food and the music he loves. In his words, he’s “greening the green room.”

Manning officially began Backstage Organics just over two years ago. He was at an Allman Brothers show at the Lockn Festival in Virginia to give out organic samples on a film set. While there, he was asked to stay and work another event, the Voodoo Festival in New Orleans. With his all-access backstage pass, Manning was living his dream: meeting some of his favorite artists and introducing those performers and their teams to some of his favorite organic products. For the next four months, Manning stayed in New Orleans, packing his Smart Car with whatever organic foods he could get his hands on and driving from show to show every weekend.
“I was kind of making it up as I went and just kind of paid attention to what was really needed backstage,” Manning told NOSH. “It started off with more national superfood brands like packaged stuff and the more I evolved, I was able to go deeper and source not only from farmers’ markets but also smaller startup brands.”

Aside from local, fresh produce, Manning has worked with brands like Guayaki, Garden of Life, Lulu’s raw chocolate, Regrained’s upcycled “Eat Beer” snack bar, Pop Momma Pop, Rhythm Superfoods, Bobos snack bars and GT’s Kombucha over the years. Most recently, the company worked with Organic Valley to add some of its cheese products to its offerings.
“Everyone I align, I vet, look into their backstory, really get to know where they are sourcing from because it is really important,” Manning said. “And each brand I work with does have a story, so when I am sitting backstage and the opportunity arises to go in depth about any given product, I can share that information with the band and the idea is really for the band to become not only microphones, but customers, as well.”

Certain brands pay Backstage Organics on a monthly basis to have its products offered to bands. Other brands work out other means of payment, a trade of resources or support, according to Manning. All of the products brought to shows are donated, usually amounting to $20-30 worth of retail for each brand as a “taste offering” for the musicians.
“We’re not giving the whole farm away per se, just a little sample from these brands to develop long lasting relationships with the brands and the bands so they can help promote each other,” he said.

Backstage Organics not only selects which products to sample, but also which bands it wants to work with. Manning reaches out to the band management teams and “works out a trade with them,” he said. Regardless of the business deal, bands are asked to use their social media accounts to promote Backstage Organics and its products in both a pre- and post-show thank you post that tags all the brands on Facebook, Instagram and Twitter. Backstage Organics itself only has just under 1,000 followers on each of its accounts, so Manning said the company currently relies on both brands and brands to retweet, share and spread the word about its mission. The company also recently began utilizing a new approach with bands through Facebook Live and Periscope. During one show, musician Brett Dennen’s live stream had more than 8,000 live viewers, according to Manning. The stream was about 10 minutes long and covered all the products. Manning said fans left comments and started a discussion about the brands on the post.
“That really took Backstage Organics to the next level because brands want to feel like it is equal exchange,” Manning said. “As long as the brands feel like it is a good exchange with the social media we are in good shape.”

For now, Manning said Backstage Organics is not looking to expand the number of musicians it’s working with, but he is looking to build more brand partnerships. Manning said he is currently looking for a title sponsor that, for a higher fee, would get preferential treatment for tagging, photo opportunities and social media posts. However, the content of those posts will still stay the same.
“We are sticking to more of a lifestyle promotion rather than bands just holding up products and smiling,” he said. “That’s old paradigm. We want to give fans a taste of what it looks like backstage and what kind of brands and food their favorite bands are noshing on.” 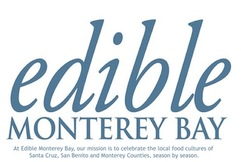 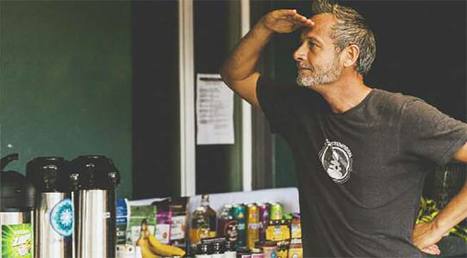 
Decades ago, musicians were not exactly renowned for their healthful habits. In the era of sex, drugs, and rock ’n’ roll, many reveled in their ability to absorb a variety of toxic substances.

Fast forward to present day, and young performers are choosing to keep themselves fit for performing by eating right and choosing nutrient-rich and organic foods. But finding healthier fare can be tough when you’re on tour, and that’s where Backstage Organics is stepping in to help. A collaboration between Scott Manning of San Francisco and his sister, Santa Cruz resident Melissa Manning Collins, Backstage Organics started earlier this year and has already provided a unique blend of healthy snack food, natural medicinal products and holistic healing for performers, including The Doobie Brothers, the Wailers and up-and-coming acts like Yonder Mountain String Band and Beats Antique.

Manning lays out a table for the band, including easy grab-and-go, all-organic treats from local purveyors, like juices from La Vie of Santa Cruz; raw, organic Ayurvedic desserts from Talya’s Kitchen, also of Santa Cruz; and jams from Happy Girl Kitchen Co. of Pacific Grove.

Also on his menu are yerba mate shots, herbal teas and natural supplements; Manning even mixes up smoothies for the bands with items he’s gathered from local farmers’ markets, like ginger and kale. (The Monterey Bay Certified Farmers’ Market in Aptos is a favorite.) For local shows, Collins, who owns a Santa Cruz healing clinic business called Livity Rising, provides a crew of holistic practitioners who provide massage, reiki and other techniques to de-stress performers.

The musicians “get really run down when they’re touring—they need all the help they can get,” says Manning, who notes that the performers he works with recognize that a healthy lifestyle will help them handle the demands of the road. And most of what is typically offered for backstage sustenance isn’t very healthy, he points out: “Red Bull is not going to serve them well.”
Manning isn’t a newcomer to organic living. He says he had an “awakening” in 2001 which led him to revamping his diet, working on organic farms in Hawaii and more recently, organizing farm-to-table dinners in Southern California’s Topanga Canyon area.

What has set Backstage Organics apart is an inventive business model which utilizes social media. Performers served by Backstage Organics support the organic brands by taking photos, tagging the brands and posting through Twitter and Instagram; everyone benefits from the exposure. Backstage Organics further encourages healthy eating by donating to school garden programs in low-income areas.

Manning and Collins are personally ministering to several bands playing in Santa Cruz in the fall and winter, but since they can’t be everywhere at once, they’ve come up with a solution. Manning says they’ll drop ship boxes of healthy snacks and herbal products so that musicians can receive them wherever they’re playing, and can either take advantage of the goodies during their show or enjoy them on the tour bus. Naturally, the shipping boxes are 100% biodegradable and compostable.
“It’s fitting for these times,” Manning says of his business. “There’s a new generation coming up.” 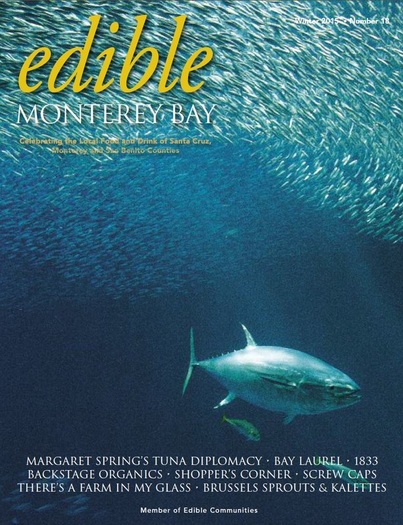 Not every town has a castle. Asheville does.

Scott Franklin Manning, a recent transplant from Hawaii, thinks it's high time you ate dinner in these architectural marvels. On Feb. 23 and 24, he's kicking off Locavoire, and event series that’s part supper club, part concert, part venue experience. The evenings will take place at 80 Broadway and in Homewood castle in Montford, respectively.
Locavoire could be Asheville's first meat-free supper club.“It's a great menu, and I don't think it will scare away any meat eaters,” Manning says. He noticed a lack of vegan dinner events, and he was inspired to create a supper club without meat, dairy or alcohol.
“As a conscious, organic kind of hippie guy, I was scared,” he says, recalling his reaction to certain prix fixe menus. “Where are the vegetarians and the conscious, non-alcoholic vegans eating?”
If all goes well, Locavoire will happen monthly. The February dinners feature food from Suzy Phillips of the Gypsy Queen Cuisine food truck and William Najger of Eden Out meal delivery. The menu includes seven courses and beverages from Buchi kombucha and Maté Factor tea.
Live music follows the meal. On the Saturday, Feb. 23, The Human Revolution, The Ngoni Band and Obadayo will perform. The following night, Sunday, Feb. 24, Youssoupha Sidibe replaces The Ngoni Band. He's known for his skill on the kora, a West African instrument with 21 strings.